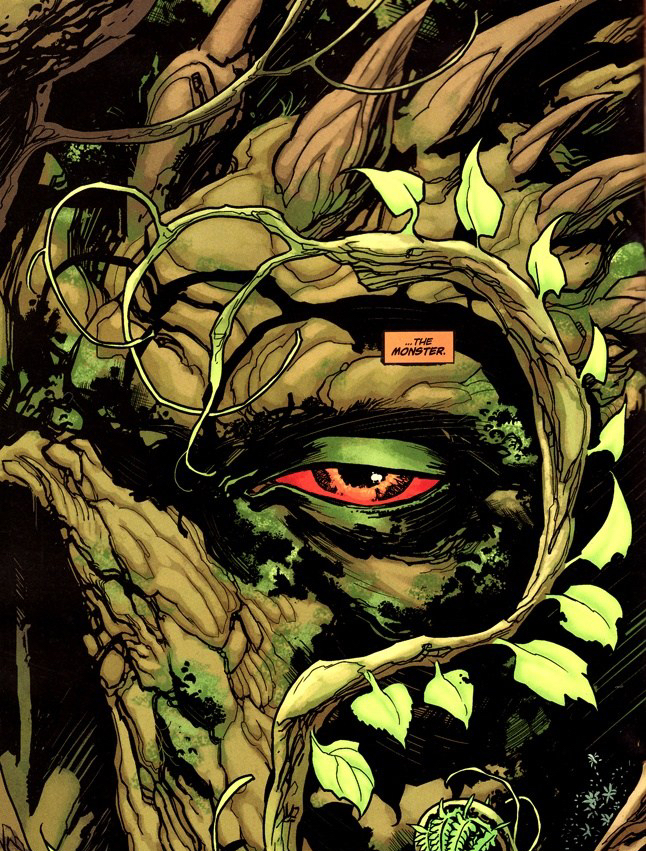 One of the distinctly terrifying visions of the Old Testament is found in the book of Ezekiel, in which the Israelite prophet has a vision of a valley that is littered with countless bones. Ezekiel finds himself strolling through this desolate graveyard as he carries on a rather surreal conversation with the Spirit of God who asks him: “Can these bones live?” Ezekiel looks at the dusty chaos around him. By our estimation, the answer is patently clear: most certainly not. But unlike many of us in the Age of Information with a false sense of expertise, Ezekiel admits just how little he knows: “…Lord God, you know…”

The following scene straddles the line between wonderful & uncanny. God tells Ezekiel to prophesy over the sun-beaten death strewn around his feet. In doing so, the Spirit (literally meaning “breath”) of God will enter into these dry bones & cause them to spring back to new life. Ezekiel does what he is commanded, & so God does what he promises. The Word goes out of Ezekiel & enters the hopelessness of Death. And the sheer ontological glory of his speech causes the bones to rattle with vitality, clinking back together with sinews & muscles & flesh, all blooming in unison like desert wildflowers. Life springs from scorched bones. Resurrection conquers Death.

And this was bizarre story that sprang up in my mind over & over again as I read the first 7 issues of Scott Snyder’s & Yanick Paquette’s 2011 Swamp Thing run. This DC comic series debuted alongside a company-wide relaunch of every single one of their magazines, some of which had been ongoing since the mid-1930’s. It was a historic event for an American publisher, & one that garnered both widespread support & fanatical criticism in its wake. For me, a sporadic DC reader but lifelong fan, it was an opportunity for full immersion into the mythos—to start from scratch in a universe I already loved. And to my surprise, some of the bigger titles boasting more well-known characters soon became displaced in favor of hidden treasures like this book.

Swamp Thing debuted as a ecological monstrosity in DC’s pantheon in the early 1970’s from the pen of Len Wein & pencil of Bernie Wrightson. Later, the story was adapted into a cult classic film of the same name by Wes Craven in 1982, and, like several others from DC’s back catalog, was given new life when Alan Moore got his wizardly fingers on it in 1980’s. The character also saw a respectable 3-season run on the Sci-Fi Channel from 1990-93. And Swamp Thing has enjoyed a vibrant history under such colossal talents as Nancy A. Collins, Grant Morrison, Mark Millar, Brian K. Vaughn, & more recently, Scott Snyder.

Snyder’s take builds off the best of the tradition while offering a sort of metaphysical framework for the character’s surroundings. Previous stories had asserted Swamp Thing (& Alec Holland, his alter ego) as an anti-hero fighting the good environmentalist fight or as mother nature’s monstrous & vengeful id. Snyder’s story, however, positions him as a 21st century recapitulation of the Arthurian legend, a terrifying “Green Knight of the Parliament of Trees,” the governing body of the chaotic life-force that connects all flora on earth, collectively known as “The Green.” And the series is catapulted further into success by the stunning character design & phenomenal layouts (with vines & decay substituted for traditional comic gutters) from Paquette & others.

But Snyder also keeps interesting complications from previous crops of Swamp Thing lore: such as the divided identity of Alec Holland & the Swamp Thing. Now Holland, a former biochemist & inventor of a very MacGuffin-ish “bio-restorative” formula— essentially a pseudo-scientific elixir that allows untamed plant life to explode into being ex nihilo, is now inexplicably back from the dead. We discover that the canon still exists: Alex Holland died in a lab accident, collapsed in an outside swamp with his magical formula, & the Swamp Thing arose from the murky waters. Only in this iteration that wasn’t really Alec Holland. It was an Alec Holland plant-clone (you know—typical comic book loopholes). But now this Holland is back & real & trying to lie low as a construction worker so he can put all that nonsense behind him.

The opening issue has Holland waxing poetic to Superman, of all people, about the inherent violence of plant life—sorrels choking blackberry bushes to dead & bittersweet vines strangling poplar saplings. “The plant world [is] the most violent region of biology. It’s just that the violence happens so slowly, we don’t see it…The plant world is angry & cruel & violent.” And so our first power player is established: The Green. Vegetable life, Holland suggests, is violent life. Its survival means the death of the other. It’s a zero-sum game for the plant kingdom. Now enter the Adversary.

As a competing force to plant life is pure death, characterized as “The Rot” or “The Black.” When it shows up, carcasses of dried vine & dead bone reassemble once-living, now-deceased entities—plants, animals, humans—into gruesome & mindless monstrosities. Death is looking to reign over plant & animal life. And of course, Swamp Thing is the greatest threat to that (as well as Buddy Baker, a.k.a. Animal Man, another popular DC character, & champion of fauna’s “The Red” in concurrent series with Swamp Thing).

We discover that the Swamp Thing persona is merely a totem of the Green’s ancient oligarchy, the Parliament of Trees, that chooses host warriors throughout the ages to balance the scales when the Rot threatens to get out of control. Alec Holland was always meant to be that. When he died prematurely in his accident, the Green tried to recreate him from plant material, & it worked… kinda. But that Swamp Thing wasn’t fully Swamp Thing. He didn’t have the sort of hypostatic union necessary, to borrow a theological term, of full plant-ness & full humanity to get the job done. But all of this is getting a little too far into high weeds (pun not intended, believe it or not, when I first wrote it).

The exposition we get from the former knight as he encounters Holland is that he has a calling to defend all plant life as the new Swamp Thing. And this is propositioned as an honor. After all, he would be in a long line of Celtic seers, indigenous American shamans, European druids, & even Christian saints (my money’s on St. Fiacre of 7th century Ireland, the patron saint of gardeners, as a former Swamp Thing). But Holland rejects his call, which sadly for him, does not assuage the Rot’s desire to exterminate him as a threat.

After being attacked by the Rot’s army of corpses, he is saved in his humanity by Abigail Arcane, essentially the Rot’s version of himself. And, of course, the two are star-cross lovers. Arcane is one of the canon’s main foils & love interests for Holland in the tradition of Batman & Catwoman. When they are together, their mystical connection to the death-force & life-force respectively cancel each other out. There is no higher calling nor daily office for either of them as a pre-damned version of Adam & Eve. And since Abigail has rejected her death-roots, the Rot has sought a champion in her ironically terminally ill, little brother, William Arcane. And this kid is a nasty little monster. He exploits necrotic tissue in humans by rapidly expanding tumors & cancer cells to kill & take over people around him. He does this all in service to Sethe, the tyrannical foil to the equally autocratic, but admittedly less savage Parliament of Trees.

It’s a complex mythology in the details, but a fairly common iteration of ancient tropes in gnostic dualism: good v. evil, light v. dark, life v. death, Augustine v. Mani, Swamp Thing v. William Arcane. Snyder’s vision, working within this dualistic framework, is at least consistent if it is not emotionally satisfying. And Alec Holland isn’t wrong: in this world, the forces of life & the forces of death are equally violent, both co-terminating in eventual entropy (at best) or eternal destruction (at worst). You kind of have to ignore the philosophical conclusions of this if you want to take Swamp Thing’s side, because in the end, he’s just a mirror image of the Arcane clan: violence personified. Both are completely amoral. If you accept the logic of the story, you have no reason to privilege one over the other. Until the end of being & consciousness, there will always be struggle & there will never be rest. It’s a cycle of life, death, & rebirth. It’s purgatory, if not hell. And there is no hope to be found here, even though it is offered in earnest.

Isn’t it interesting though how our greatest desire would be for the triumph of life & the victory of The Green? In the Swamp Thing mythos we glimpse, though through a glass darkly, an optimism for life everlasting that is not metaphysically available to us by the rules of this world. In the end, there can only be violence, defeat, & death. And this is sufficient grounds for us to despair because, in this world, even the heroes have to live by the cold & survivalist tenets of philosophical nihilism. So why does our heart cry out against this?

It’s because, quite simply, we were made for life. The Christian metaphysic isn’t an empty fantasy for an afterlife. Instead, it’s the ultimate & universal promise & reality towards which all of us are oriented. It’s the great restless longing of the human heart that only finds rest, as St. Augustine famously said, when it is in the Christ who tramples over Death forever. The apocalyptic vision of Ezekiel in the Old Testament is a Swamp Thing-esque foreshadowing of an event that finds it’s historical fulfillment in the bodily resurrection of Jesus Christ from the tomb of Joseph of Arimathea. The true & better Green is the God who raises his servant Jesus from the clutches of biological Death & psychological Hell. In Him is eternal life that does not labor nor struggle.

Of course, the hope of Ezekiel’s valley & Jesus’ empty tomb is not in a sort of ideologically nebulous “resurrection.” It’s in the historicity of it. It’s in its particularity. The Christian Gospel isn’t Good News because it promises that the ideas & desires of Caleb will live beyond me in a future I won’t experience. The Good News of Christ’s vacant grave is that Caleb, both in body & soul, will live again—not metaphorically or figuratively or symbolically, but actually & literally & bodily. And unlike the resurrection of Alec Holland, mine won’t be dependent on my merit or capacity for heroism. It won’t be mine because I am decent, & I deserve it—I can tell you empirically that I’m not, & that I don’t. But therein lies the glory of Christian resurrection: it’s offered to losers, wretches, sinners, & outcasts. The Jesus of Christianity comes into the world to clink his glass & pass the bread basket with not-good people. He comes to take their filth, hypocrisy, & undeniable evil in himself on the Cross so that they can be free, forgiven, & resurrected from their own tombs, as well. And in a voice strangely similar to Swamp Thing, the Risen Christ says throughout the ages, “I am the vine; you are the branches. Whoever abides in me and I in him, he it is that bears much fruit, for apart from me you can do nothing.”

Caleb is a Baptist pastor in metro Atlanta, Georgia. He holds an M.Div. from Beeson Divinity School, Samford University. He is a contributor to Mockingbird & Grindhouse Theology. View all posts by Caleb Stallings